Part 1 | Recruiting good bosses and getting smart about what you do at home are keys to career success, according to non-executive director Fiona Balfour – Full-Time Woman

Part 1 | Recruiting good bosses and getting smart about what you do at home are keys to career success, according to non-executive director Fiona Balfour 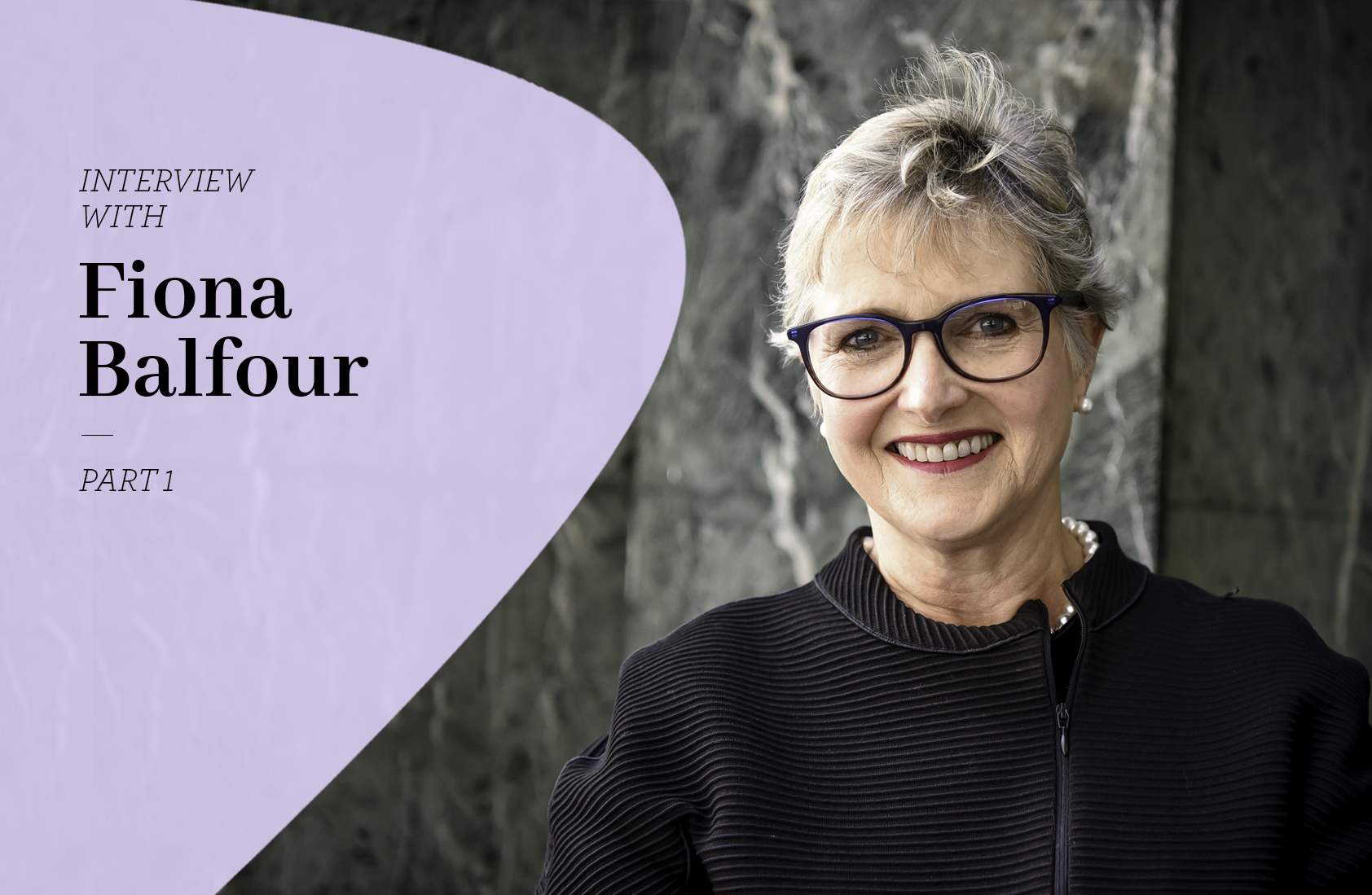 Fiona Balfour is a professional non-executive director who sits on the boards of Land Services South Australia, Western Sydney Airport Co., and Airservices Australia. She is also the managing director of Allard McRae, providing strategic advisory services to boards and CEOs, and coaching and mentoring services to technology and female executives.

Fiona has held the positions of chief information officer at both Telstra and Qantas Airways, among others. she has degrees in history, English, and information management, as well as an MBA in finance and organisation development.

We were privileged to sit down with Fiona to find out how she has navigated such a successful career and what advice she has for women looking to chart a similar course.

Can you tell us what motivated you to pursue a career with such passion?

I have a strong family history of academic and career excellence with many strong role models to look up to. I am the fifth generation of female university graduates in my family. Both my grandmothers worked: one was a teacher; the other was a small business owner running a babywear shop.

I’ve imparted the same work ethic to my two children, aged 22 and nearly 25.

How did you manage raising children alongside such a high-powered professional career?

When I was returning from maternity leave, the airline was getting ready to float so there were lots of changes happening. My job had been restructured in my absence but the business had made a promise to take me back and it honoured that promise.

What sort of work commitments did you have when you returned?

I went back three days a week, which worked really well. I was given a strategy and architecture function, which worked much better than being given projects with drop-dead dates. Managing around deliverables was much more achievable. And, because I was working with a London-based team, I could do much of my work at night, on the phone.

On the days I wasn’t working, I diverted my office phone to my mobile. It was no issue to take calls when I wasn’t in the office. People rarely came to my office and, because the phones were diverted, they probably never even knew that I wasn’t there. Most people in the airline didn’t know I only worked three days a week.

After having the second child, things got exponentially more complex, especially as the older child decided not to sleep in the middle of the day anymore, for example.

Were there challenges associated with being a senior executive working part-time?

On the contrary. I was promoted to CIO while my children were very little. I had already been driving strategy and policy at an executive level and was already writing board papers.

One proving point came when I was given a secret project to complete. The question was how to keep it secret from the rest of the organisation. I recruited half a dozen female project managers who were all working part time and were just back from maternity leave. Working together, we really showed the airline what senior, part-time workers can deliver. We delivered an extraordinary piece of work that led to a $500 million investment. We built the business case and ran the entire RFI and RFP process; all part-timers back from maternity leave!

This just demonstrates how productive you can be when you’re determined to get something done. I grew up in a household where everyone brought work home at night and it was normal to work after hours. People talk about working more hours as though it’s a modern curse brought about by technology but we’ve always been like that. My father used to bring home two boxes of papers to work on at night, I used to bring home at least one box, and even the Queen does a box at least once a day.

If you want to get ahead, you can’t have a nine-to-five mentality. You must invest in your work if you want to succeed. My daughter is a graduate who is working very hard and I’ve counselled her that working until 9pm is fine but it’s important not to be taken advantage of and it’s important to manage your health. Of course, being professional means doing what it takes to get the job done, and that isn’t going to happen if you limit yourself to working from nine to five.

I’ve worked with many amazing women in senior positions who understand how to use their talents and their brains to be successful.

IT didn’t used to be male-dominated and when I first started there were plenty of women in the industry. However, when the dotcom crash happened, 40 per cent of the industry lost their jobs. And, of that 40 per cent, maybe 60 per cent were women.

This happens because, typically, when there’s a voluntary redundancy offered, women take the money as a lifestyle choice. They then get jobs closer to home to make their lives easier. This includes bright, ambitious women who can get jobs easily. Rather than focus on what’s best for their career, they take the money and run. It happens for a myriad of reasons but that’s what happened in the IT industry.

Read part two of Fiona Balfour’s interview where she talks about women on boards, the keys to recruiting the right people and how to get smart about what you do at home.