Creating a balance in the division of labour – Full-Time Woman

Creating a balance in the division of labour 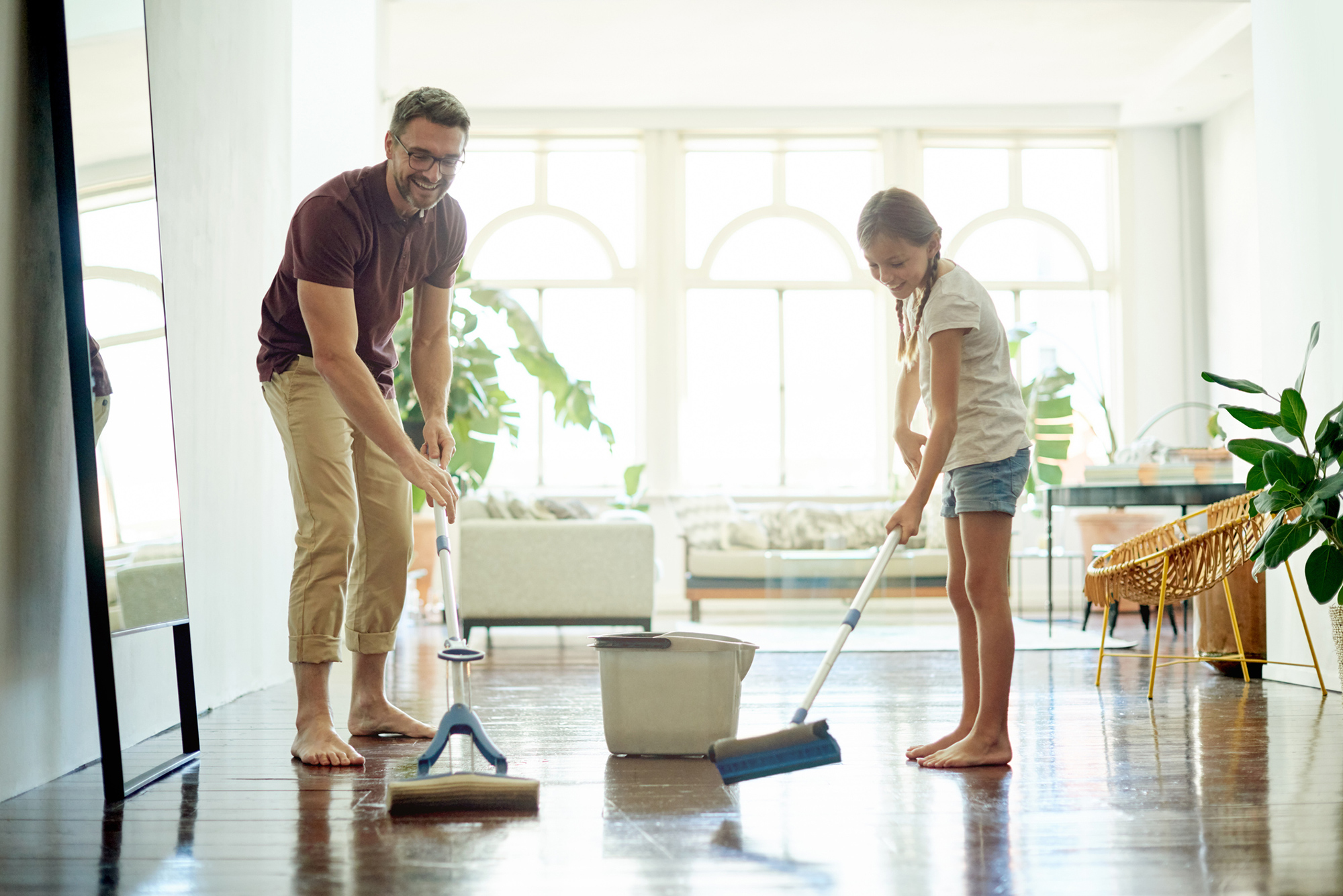 A lot of mothers feel like they do the lion’s share of housework, even when they’re working full time. And according to a report by Diversity Council Australia, that’s because they do. The report says, “Even 10 years after the birth or adoption of their first child, Australian women undertake 62 per cent of domestic work in a household. In fact, married women with children do more housework than their male partners, even if both partners work full time.”

This doesn’t seem particularly fair but unfortunately it appears to be a common scenario worldwide. On average, women across the world spend more than twice as many hours as men on unpaid work.[1] The range of disparity varies considerably per country (for example, women in India spend six hours a day on unpaid work versus one hour for men, while the gap in Norway is just half an hour). Sadly, there is no country where the gap is zero.

These figures alone are a bitter pill to swallow. However, these stats don’t even consider the mental load that many women carry, and that’s where stress and exhaustion really start to creep in.

The term ‘mental load’ refers to all the planning work that is required to keep your household afloat. For example, it’s not just the time spent on packing sports bags, buying milk, or paying bills, it’s remembering to do all of these things in the first place that can be exhausting. According to the same DCA report, women are carrying most of the mental load and nearly 70 per cent of mothers report frequently feeling chronically time-pressured from the burden of planning, remembering, and organising.

So, what can we do to make sure that not just the workload but the mental load is distributed more evenly? A recent article on Motherly.com recommends specialising. It says, “As a couple, take an hour to sit down and really think about the things your family needs to run smoothly on a daily, weekly and monthly basis. Once you’ve divided your list, commit to taking on both the physical and mental responsibilities associated with your chores. So, if you’re in charge of the laundry, that means not only do you do the wash, dry, and sort clothes, you also know which clothes go in the dryer and which clothes to dry flat, make sure the house is stocked with laundry detergent, and ensure that clothes that need to be worn on specific dates—such as for soccer games—are clean and ready on time.”

The concept means that you share not only the time-consuming physical chores but also the mental load. By specialising or ‘owning’ various aspects of the household from start to finish, it’s clear who is responsible for what, which will help to minimise resentment when you wonder why, yet again, you’re left putting the washing away or making dinner.

How to divide mental and physical labour smoothly:

If you feel like there’s an imbalanced division of labour in your household, make a plan to talk to your partner sooner rather than later. The feeling of handing over responsibility for not just a job but the entire planning around that job is extremely liberating. You’ll feel a lot less stressed, a little less tired, and much more energetic towards both work and family life. The added bonus is this this also likely to help your connectedness as a couple as well.